Home
A New Earth, In A New Energy
Decentralized Finance (DeFi), The Monetary Revolution, Cryptocurrencies, & The Future Of Money
How DeFi Will End Poverty And Create A Global Economy That Works For All 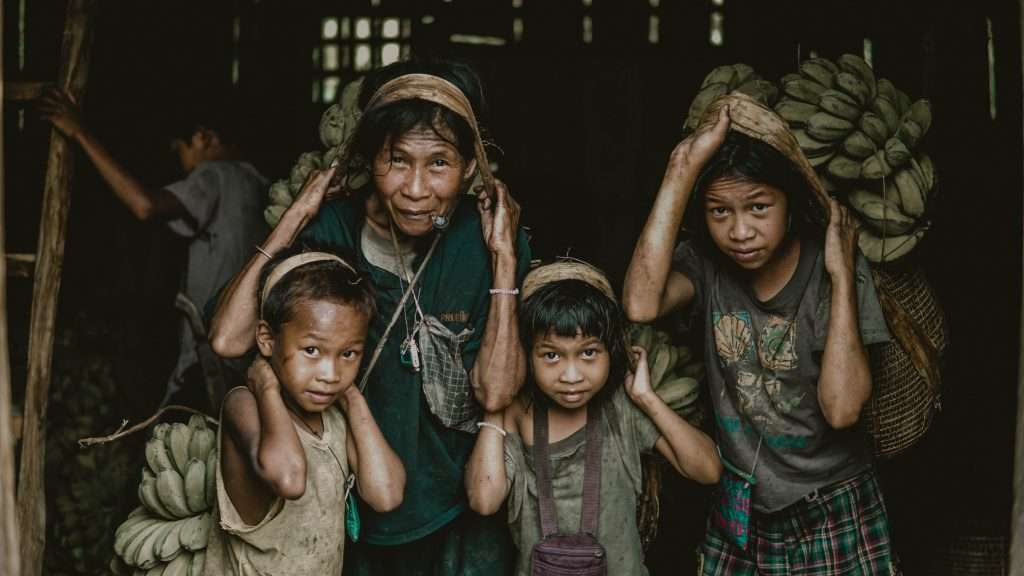 We have been trying to end poverty for a really long time. And failed.

Can Decentralized Finance (DeFi) really be the one to finally give us an economy that works for all people on Earth? To get to the bottom of this, let’s consider a case study.

Ten years of extreme poverty were ushered in by the Great Depression in 1929. 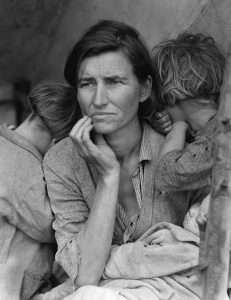 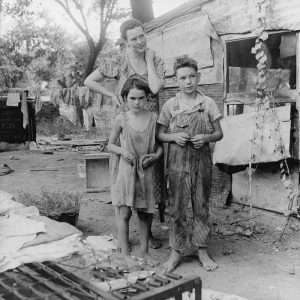 People suffered for generations as a result. People who had been financially affluent a year earlier suffered hunger, homelessness, hardships, crime, loss, family disintegration, and worse. This was the worst economic downturn in modern history.

Nevertheless, I believe it was utterly unnecessary and avoidable.

Take a moment to consider it. Workers didn’t disappear. The workforce stayed the same. They begged for work. Things that had to be done, the work, didn’t disappear. Roads still required to be built, people to eat, clothes made, and so on. No resources or tools were lost. No factories disappeared. They closed their doors, but they didn’t disappear into thin air. They just stopped operating. People could theoretically walk into factories and do the necessary work.

What prevented them from doing so? What made them suffer ten years of misery instead?

The reason was that the monetary system itself collapsed. Banks closed, so the only real collapse was in the monetary system. Despite the absence of currency, everything else remained. The people, the tools, the resources, and the needs. Psychologically, though, “there were no jobs” due to a lack of official currency to “pay wages” and “buy materials.” The means of exchange disappeared. That is all. There weren’t enough “permission slips” to be issued for people to confidently exchange resources and time.

While the world had resources, tools, people, and things to do, it suffered for ten years because the means of exchange, the cash, was stopped. This is artificial scarcity. If there had been an alternative monetary system that people could have trusted and used, ten years of suffering could have been avoided.

Clearly, this is the lesson here, and DeFi will be able to resolve it. And just in time. Because today, as billionaire Ray Dalio points out in his Changing World Order, the global financial system is on very shaky ground indeed. We can avoid the repeat of history if we are willing to learn from it and call a spade a spade.

Poverty is a sign of a failing economy. An economy that works for everyone is the best. All of us benefit from eliminating poverty worldwide. This brings us to The Great Scarcity Hoax.

I define The Great Scarcity Hoax as comprising three distinct myths, as follows:

As a fish born in water knows no other alternative to water, we have been born, for generations, into a monetary system we assume is the only way monetary systems can work. Most of us don’t even think to question it, to wonder if there could be a better or at least a complementary way of doing it.

As Sir Mervyn King, ex-Governor of the Bank of England, says, “Of all the many ways of organizing banking, the worst is the one we have today. Change is, I believe, inevitable. The question is only whether we can think our way through to a better outcome before the next generation is damaged by a future and bigger crisis.”

We have a debt-based, privately owned monetary system. Such a system results in ballooning debt. Debt’s inherent default creates foreclosures, which transfer tangible assets from the public to system owners. Additionally, the types of decisions that must be made about monetary and fiscal policy create money scarcity under such a system. And, because money can come into circulation only through borrowing, it forces producers to convert their value produced into cash by becoming debtors. This makes producers slaves to money.

This is all unnecessary. There are many better alternatives to such a system. A monetary system need not be privately owned. It can be owned by the people themselves, or it can be a public good, a common good, or autonomous. And debt does not have to be involved. Asset-based or productivity-based are good options. Defi is ideally suited to build on these alternatives.

Diversity makes ecosystems healthier and more resilient. Monoculture is unsustainable. Diversification even applies to investing. Nevertheless, for some reason, we think that each country should have only one currency, and anything else seems blasphemous.

As Bernard Lietaer, the Euro’s “architect,” says in his book New Money for a New World, “Our national currencies are but one form of money. Just as no single tool can build a house, no single type of money, no matter how ingenious or robust, can be designed to address each and every one of the many and sometimes divergent requirements of society. Moreover, given the particular architecture of our current money, with its artificially maintained scarcity, there will never be sufficient sums of national currency available to meet our many and ever-growing demands. A one-type-fits-all monetary design makes as much sense as artificially limiting our use of tools to hammers when so many other specialized tools are readily available for practical use right now.”

Try opening an account at a bank today without identification. AML and KYC laws make this impossible. However, the World Bank reports that over 1 billion people (1/7th of the world’s population) lack identification. They are not being issued ID by any government. These are good people who simply did not receive a birth certificate, or fled from a war without documents, or whatever. These people are not criminals. Yet, because of lack of documentation, these people are permanently excluded from the financial system.

Furthermore, 2.5 billion people, 36% of the world, are unbanked. They cannot be served affordably by the old banking system. And not just in Africa, as many people believe. It’s happening all around the world. According to the Federal Reserve, 55 million adult Americans were unbanked or underbanked in 2018, accounting for 22% of households.

In Rachel W. Robinson’s paper Blockchain Serving the Unbanked (Blockchain Research Institute), we see that “The Center for Financial Inclusion reported that the lower 40% of the population in emerging economies constitute $3 trillion in annual spending and disposable incomes continue to rise. In total, the financially excluded make up a $380 billion market revenue opportunity for institutions that can find a way to provide services efficiently and inexpensively.”

The point is, these people are not inherently poor. Rather, they are poor because of a systemic failure. Once again, the old system creates poverty through artificial scarcity and restrictions. In order to handle what it cannot handle, the old system needs help and alternatives. This is where DeFi comes into play.

Currently, many DeFi solutions are built to do what is already done in CeFi, but with DeFi. This is all well and good, but I suggest we go further. We should not simply replace CeFi with DeFi. Sort of like old wine in new bottles. Let’s also consider using DeFi to build local community currencies and complementary currencies such as LETS and Time Dollars. A complementary currency is a currency that is used in addition to the national currency. Complementary currencies are usually accepted only within a subset of society. Examples include LETS and Time Dollars (TimeBanks). In history, they have proven to fill in the gaps left by national currencies, alleviating poverty where a national currency cannot. DeFi can also be used to build alternative monetary systems that are not debt-based or privately owned.

We can summarise all this as follows:

This is the hidden potential and power of DeFi. FinTech for social good. Simply eliminating the artificial scarcity of MoEs (means of exchange) can significantly alleviate, if not eliminate, poverty.

I go into these concepts and more in my book “Money for All“, available here on amazon.

A creative consultant on The Secret (2006) documentary, David Cameron Gikandi is an entrepreneur and manifesting coach and consultant for conscious entrepreneurs, leaders, life coaches who are looking to create more impact in their lives. He also helps them decode their essence so they can bring that into their lives, businesses, tribes and societies. He is also the author of A Happy Pocket Full of Money and other publications. David is also a futurist interested in blockchain technology which he believes will have wide-ranging applications including decentralized finance (DeFi). He holds a BSc. in International Business, an MSc. in Information Technology, a Dip. in Film Production, is a Microsoft Certified Solution Developer, and a Blockchain Revolution in Financial Services Specialization from INSEAD.
PrevPreviousHow To Master Your Thinking For Success
NextHow To Finally Answer The Question: “Who Am I?”Next 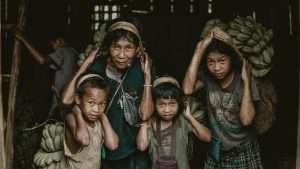 PinTweetShareShareWhatsAppEmailWe have been trying to end poverty for a really long time. And failed. Can Decentralized Finance (DeFi) really be the one to finally give In my previous articles about the revolutionary facts about beliefs and how to master its 3 kinds, I discussed so many important truths about our 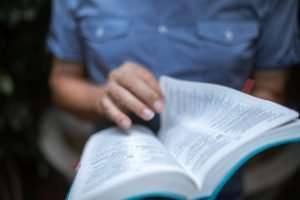 9 Ultimate Life Secrets That Will Awaken You

Awareness is a gift that not many cultivate. And so, if you wish to raise your awareness and increase your enlightenment, this article on the 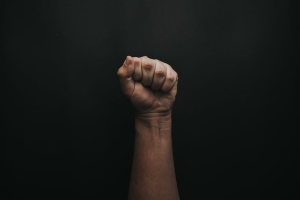 3 Miraculous Benefits Of Natural Aggression You’re Missing Out On

One of the most misunderstood emotions in our current civilization is natural aggression. Furthermore, this misconception has caused individuals to experience the following: Fear of

Your mission, should you choose to accept it, is to cultivate an entrepreneurial heart-mind that enables you to Manifest Without Fail. So you can enjoy both worldly success and spiritual liberation.

Your mission, should you choose to accept it, is to tap into the wealth consciousness that lies hidden within you. So you can make your dreams and visions of increased abundance a reality!

Your mission, should you choose to accept it, is to go beyond your limiting beliefs, free your subconscious, and reactivate your magnificent power. So you can break through the lies that limit you, and witness the magnificent capabilities of a fully awakened and operational Human Being... YOU! 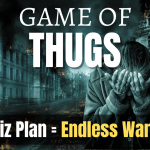 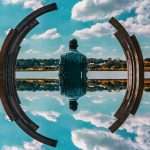 5 Revolutionary Facts About Beliefs That You Need To Know Today 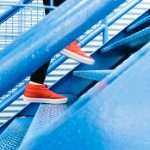 How To Master Your Thinking For Success

Get cool tips, updates, and insights to help you get unstuck, release your brakes, and find your magic: