Chakras 101: All The Basics You Need To Know 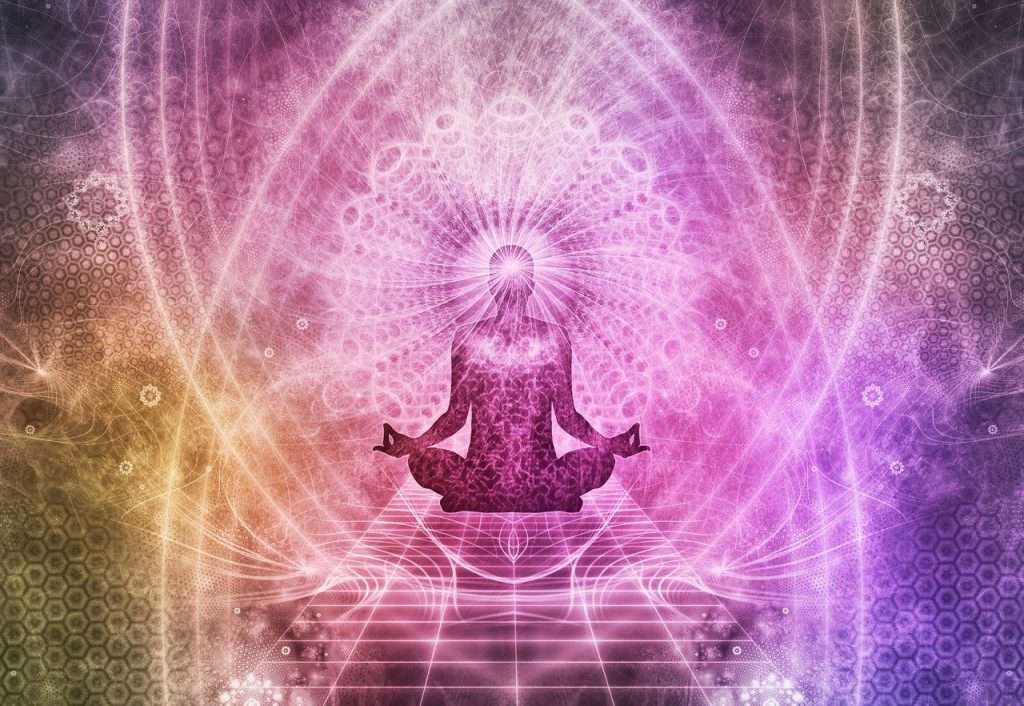 Do you wish to learn the fundamentals of the human energy centers, also known as chakras? In this post, I’ll happily give you an introduction to the basics.

I will also expound on the following:

Are you ready to dive in? Let’s go!

A Novice’s Guide To Chakras

Chakras are energy systems that are responsible for an individual’s success, health and so much more – just about every aspect of your life. There are seven main ones namely the root chakra, sacral chakra, solar plexus chakra, heart chakra, throat chakra, inner eye chakra, and crown chakra.

What Is A Chakra? 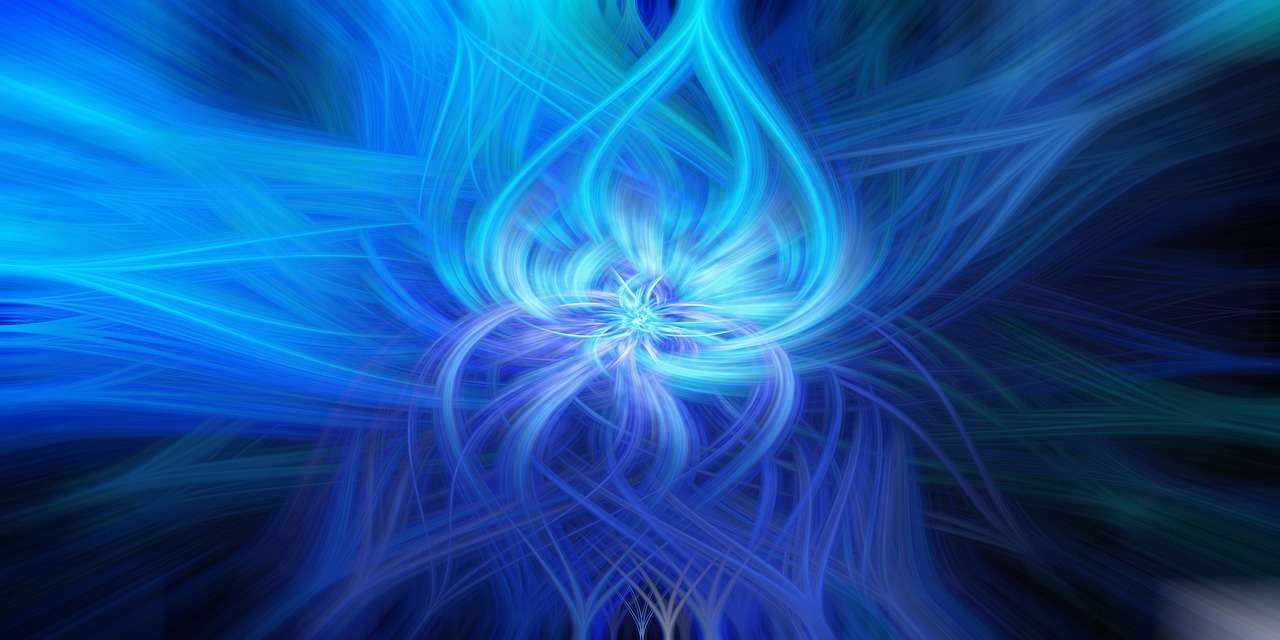 Did you know that you are an energy system intricately put together with purpose and exactness?

You are not a random ball of energy.

You are a column of energy with several centers.

Each center has a specific function and characteristics.

Herein lays the keys to the manifestation of your:

In the west, they are called energy centers.

Meanwhile, in the east, they are called chakras.

Although there are many energy points within you, the major ones that we are interested in right now are seven.

They form your earthly being and feed all the thousands of minor ones.

To put it simply, your spirit gives life to your body as well as to your experiences and creations through these seven centers.

So, their function is to bring continuous life/energy from spirit into matter.

As you will soon see, each has the following:

These chakras could be blocked, losing energy, or functioning well.

They could also be causing failure and disease within their particular mapping.

Moreover, they can be enhanced and increased in power and vibration.

It is also important to note that your energy centers are located within your energy and etheric bodies.

You cannot find your energy centers by operating on a body with a knife.

In short, your chakras, are your soul’s interface, connector, and adaptor to your body as well as the world.

They are the channels through which the spirit manifests as a matter for the sake of experiencing itself. 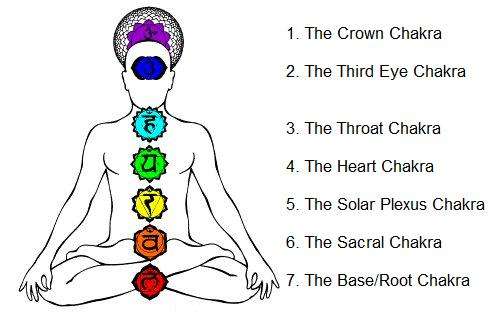 Now that we’ve discussed its definition, purpose, and characteristics, let’s briefly go over each of the seven main chakras.

This chakra is linked to family/tribe belonging as well as being one with everyone else.

Failure of development in this energy center affects the following:

As for this chakra, it is connected to the following:

Not nurturing it in a healthy way raises dysfunctional manifestations such as:

This energy center is associated with the following:

When you miss cultivating this chakra properly, you’ll experience:

As for the heart chakra, it is linked to:

Poor development of this energy center results in:

This is a very important chakra because it joins heaven and earth.

It is the power that gives life.

When this particular one is not functioning well, the effects spread to all the others in a major way.

This chakra powers the following:

When you miss out on knowing how to express your will and see its effects, you rapidly lose your faith in your own abilities.

You also find it difficult to transform your life according to what you desire.

This happens because you have no experience in the laws of cause and effect.

Note: If you wish to learn more about universal laws, I urge you to read my article on it. It’s life-changing!

Balance in this energy center, allows you to experience intellectual abilities that include:

Lack of nurture in this area, however, leads to the following:

This chakra plays an important role in the following:

Without proper development in this energy center, you’ll feel:

For more information on the seven main chakras, here is a summary overview :

The Cycle Of Chakras 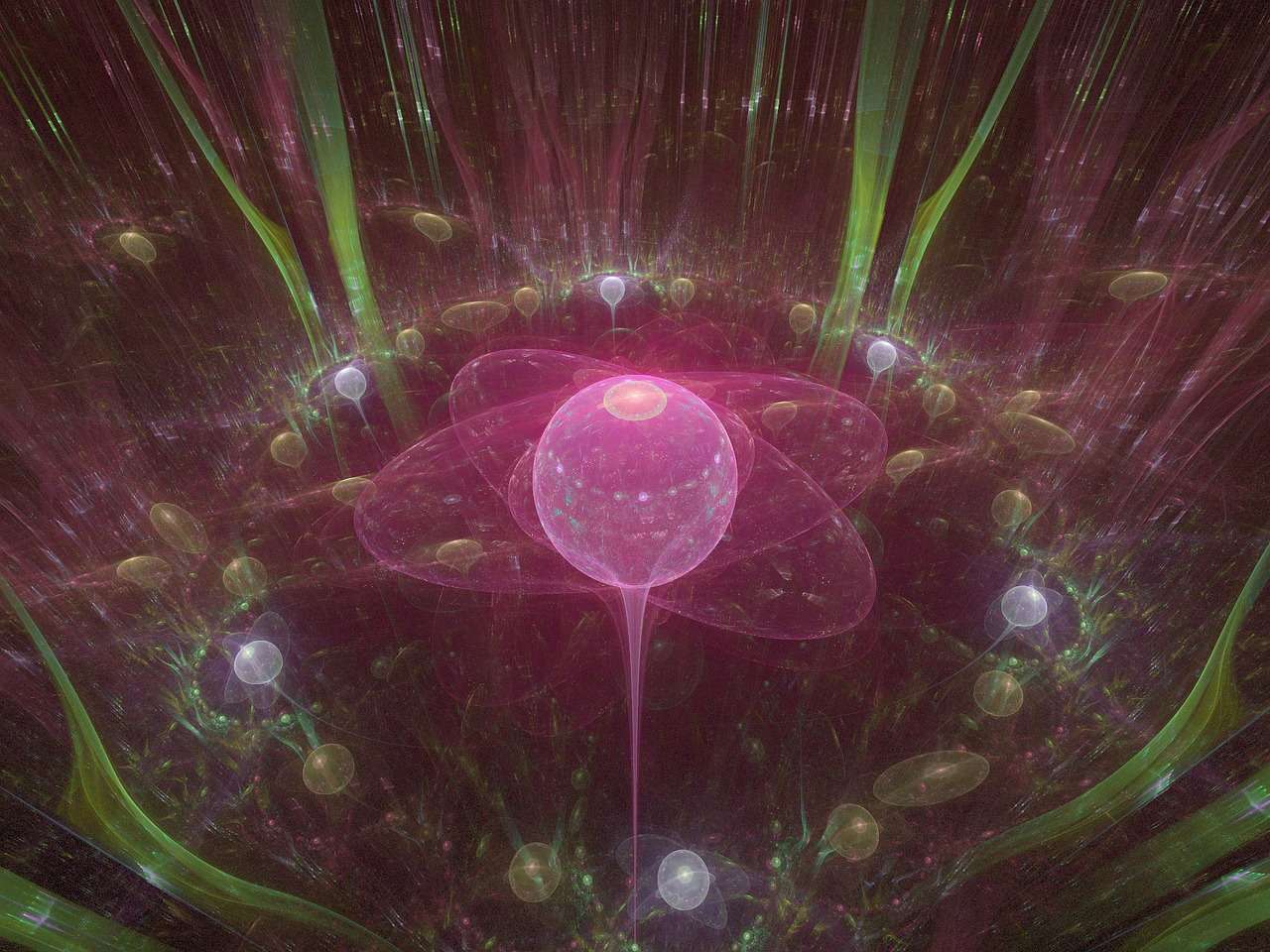 Have you ever noticed how everything in life is cyclic?

We humans also have many cycles operating within us and in conjunction with the rest of nature.

Right now, we shall look at the energy center cycles and how they operate in your life.

You already know that you have 7 major chakras, all present upon birth.

And as you go through your life, each of these chakras becomes developed.

Every year, when a chakra comes into primary focus in one of your two cycles detailed below, you have a chance to:

Note: As you may have heard, the first 5 years of a child are very important and formative. The medical and psychological professions have noticed that.

But as you will see, it is actually the first 7 years that count so fundamentally.

It is only that the last two years contain aspects that are not yet highly developed at this stage of our evolution even in adults (these are intuition and inner sense from the sixth chakra as well as universal consciousness from the seventh chakra), and so they were initially ignored.

Moreover, you grow in cycles in two ways.

You have major chakra growth cycles that are 7 years long each.

When you are born, your first major cycle is dominated by first chakra issues:

After that, the next 7 years from your 6th birthday are dominated by second chakra issues:

This cycle goes on until you get to the seventh chakra in your 43rd to 49th year (that is from your 42nd birthday).

You then start again after that in your first chakra. 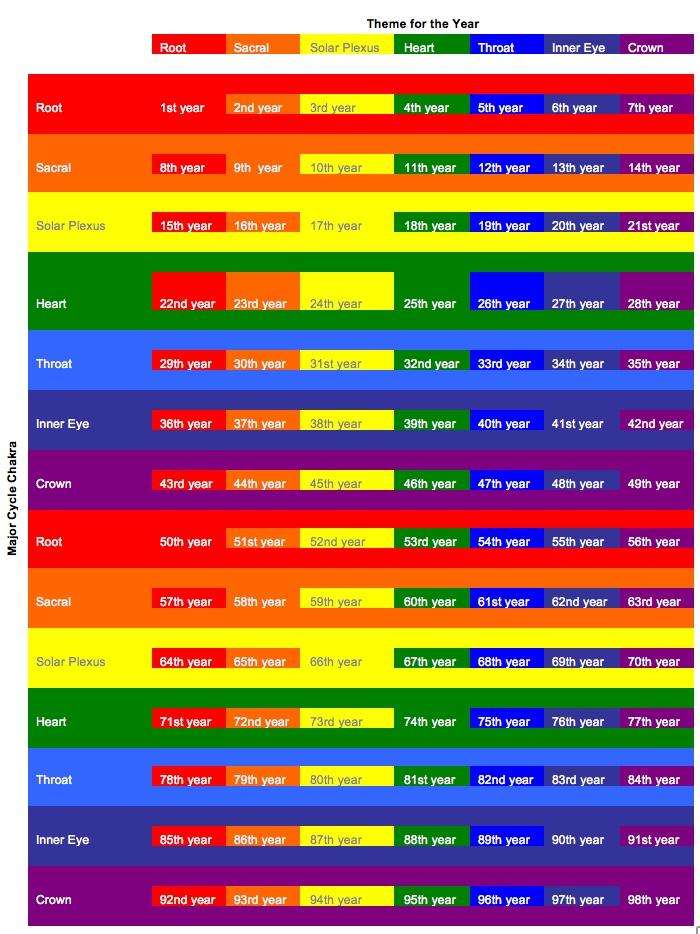 Every year you also have a chakra theme year that works together with your chakra cycle.

Your first year of life is a first chakra theme year.

Your second year, the one after your first birthday, is a 2nd chakra theme year.

After you get to your 7th chakra, you start again, and the cycle goes on this way.

For example, in your first year of life, your major cycle is the first chakra year, and so is your theme.

So your total learning and formation will be high on the family bonding angle.

In your second year, you are still in a first chakra major cycle, but your theme now shifts to the second chakra.

And so, you develop the second, from within the first.

Do you see how they work together?

Take an example of the teenage years, which everyone can relate to.

From the age of 14 (which is the start of your fifteenth year) to the age of 21 (which ends your 21st year on earth), you are in the third chakra (unfolding of your personality, decision-making, and self-esteem) as the major cycle.

This is where all that so-called teenage rebellion comes from, which is the natural cycle of individuating and learning cause and effect through your own decision-making.

What Happens When A Chakra Is Blocked 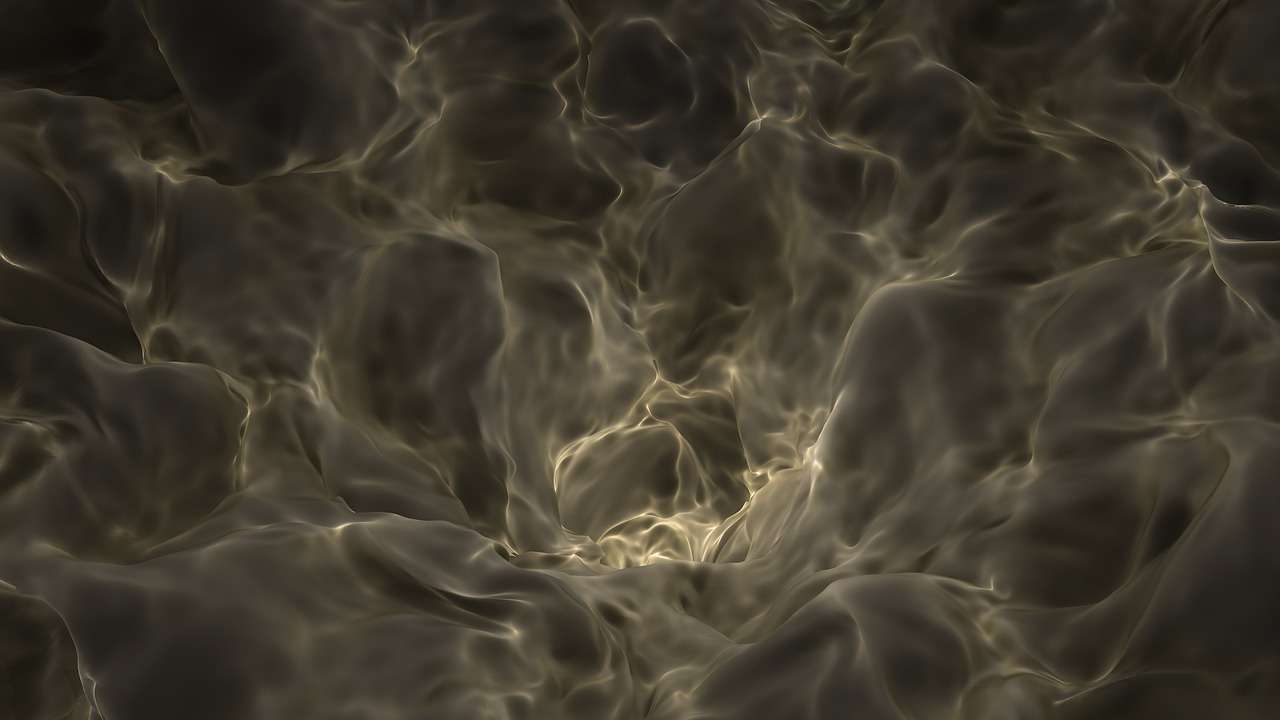 You’ve learned about the seven chakras and when they are formed.

And as I discussed earlier, when there are difficulties in certain areas, issues tend to arise.

This is when a blockage occurs.

When a chakra is blocked or not functioning well, it loses (bleeds) energy/life force.

You can literally feel yourself shrink if it happens rapidly (like when you are under terror and you feel small recoiled).

This is experienced outwardly as failures in aspects of your life, as well as disease in your specific body parts.

A blockage in your second energy center (sacral chakra) results in issues with the following:

When it comes to physical ailments, it can pose problems with the following:

But, how does it get blocked in the first place?

It happens due to incorrect perceptions of key events in your life, especially during your first 7 years.

It can also be blocked by previous events in another incarnation.

The Results Of Healing & Unblocking A Chakra 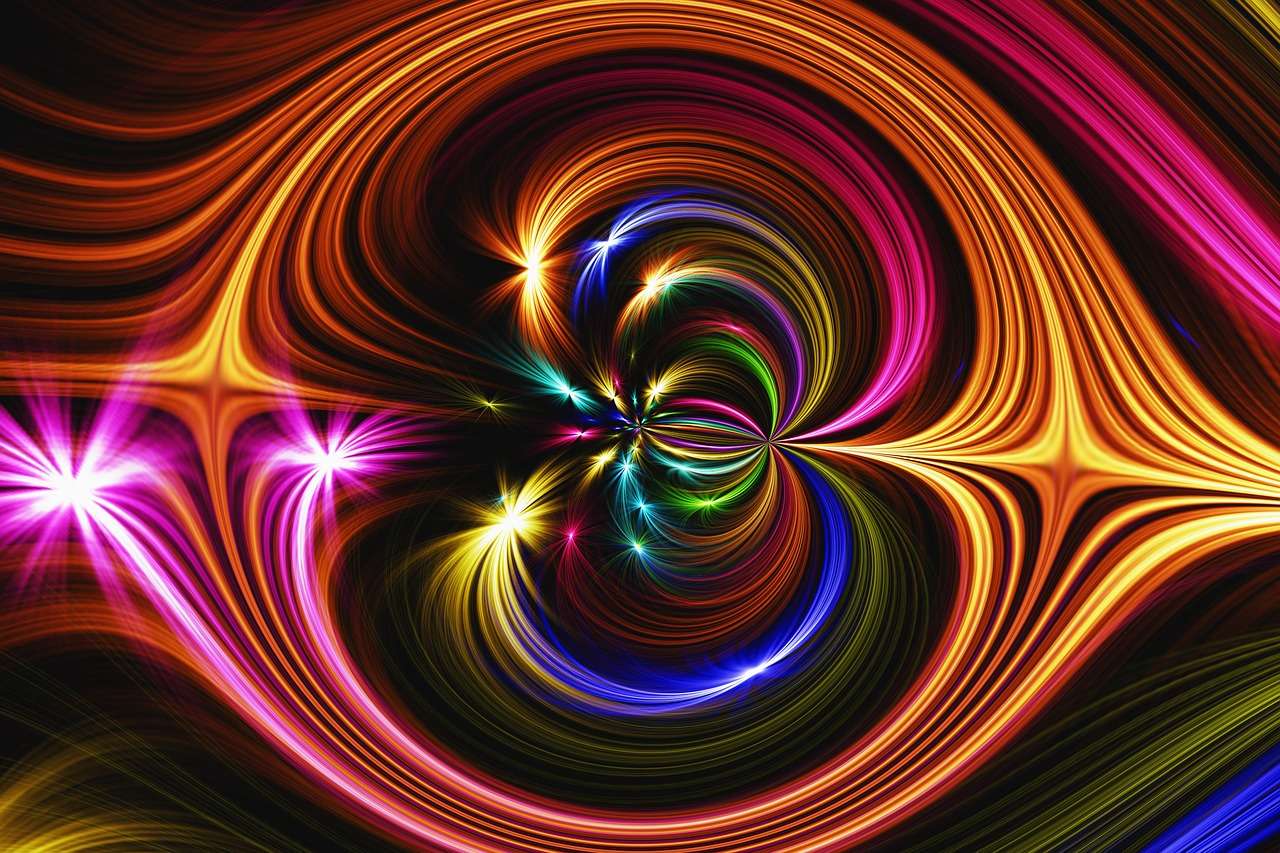 Once a chakra is healed and unblocked (you can do that all by yourself, too, or with help from someone) the ill effects start to reverse, sometimes instantly.

It can lead to an individual’s health returning.

Moreover, external situations move to a state empowered functioning either by:

As you begin to see, the mind and energy system have everything to do with your life and health.

A question you may have now is, “If so, how come we see medical evidence that particular germs, foods, genetics, and chemicals cause certain diseases?”

Well, that is a fair question.

Yes, certain things do appear to cause disease.

But here’s the fact:

They do lead to the disease, but they do not start it.

Hence they are not the true root cause.

They are just a path to it.

Allow me to give you an example:

For someone to become obese as well as have unhealthy cholesterol, means that they must have certain unhealthy eating habits.

We all know that.

However, what is it that propels a person towards these foods and substances?

Additionally, what pushes a society to invent and market them?

It is not coincidental or accidental that some people are just born with a tendency to rush toward things they know will harm them.

If you look carefully, there are two root causes that resonate and magnetically are attracted to such behavior and outcomes:

Another example I can give you is that of a common cold.

You always carry the virus within you, every day of the year.

But, you only succumb to it when your immunity drops.

This happens because of very specific energy pattern reasons.

It is not random.

Even genetic illnesses that one is born with can be explained in the light of the fact that a soul incarnates with:

I hope that after reading this article, you’ve gotten a good grasp on chakras.

If you want to learn more about this topic, you should grab a copy of my book Raising Humans: The 7-Step Chakra Cycles Method of Personal Growth & Spirituality. Also Includes The Prophet By Kahlil Gibran.

It’s on Amazon via a Kindle version.

My blog section is also packed with resources like this one. Go ahead and check it out and sign up for my newsletter.

Thank you so much for taking to the time to read this post.

A creative consultant on The Secret (2006) documentary, David Cameron Gikandi is an entrepreneur and manifesting coach and consultant for conscious entrepreneurs, leaders, life coaches who are looking to create more impact in their lives. He also helps them decode their essence so they can bring that into their lives, businesses, tribes and societies. He is also the author of A Happy Pocket Full of Money and other publications. David is also a futurist interested in blockchain technology which he believes will have wide-ranging applications including decentralized finance (DeFi). He holds a BSc. in International Business, an MSc. in Information Technology, a Dip. in Film Production, is a Microsoft Certified Solution Developer, and a Blockchain Revolution in Financial Services Specialization from INSEAD.
PrevPreviousThe Definitive Guide To Reincarnation
NextThe #1 Self-Improvement Hack You’ve Been Missing Out OnNext 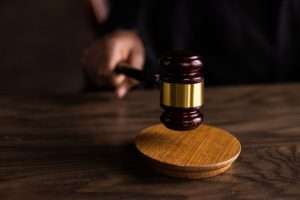 Being judged is one of the most painful things anyone can experience. But did you know there’s more to it than you’ve originally thought? In 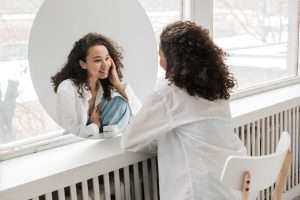 How To Discover Your True Self

Do you want to find out who you truly are? Two of the biggest hurdles in discovering your authentic self are preexisting stories and beliefs. 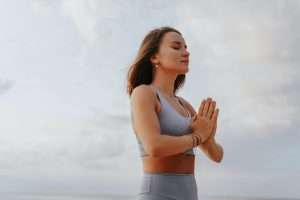 Do you want to learn how you can manifest your dream life? In this post, I will give you three simple steps on how you 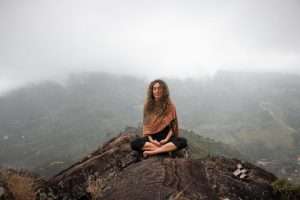 Do you wish to learn how to instantly overcome your ego? In this post, I’ll share with you three rules to achieve this. Additionally, you’ll 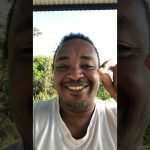 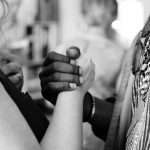 Old Power vs New Power (what new power looks like, and where you fit in today – SURPRISE!) 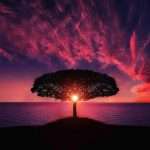